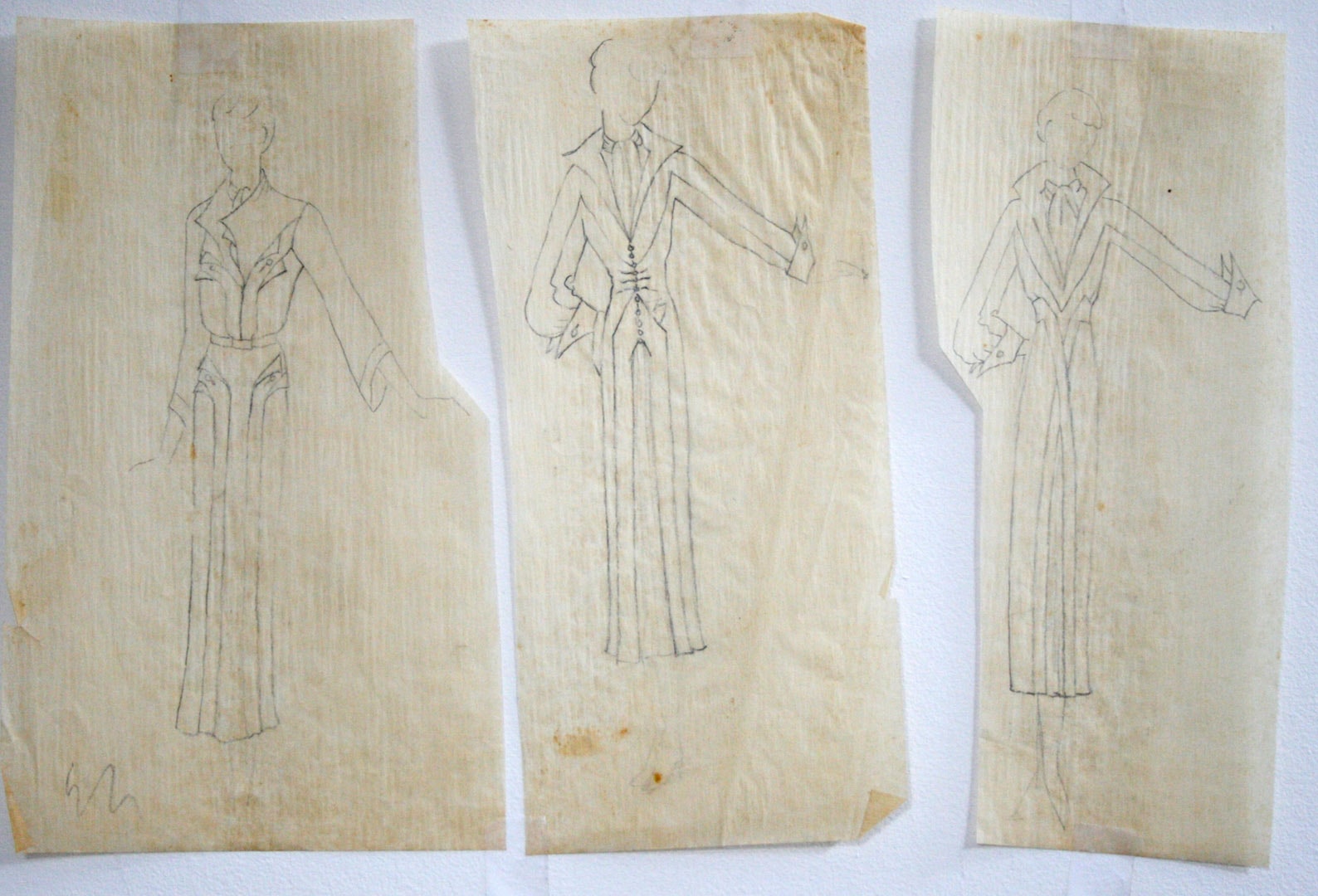 Slobodkina’s education in dressmaking and millinery began during her childhood and later Harbin,
Manchuria. She learned these trades from her mother, an accomplished seamstress, and worked as an assistant in her
mother’s dress shop in Harbin. Demonstrating an innate flair for fashion, 12-year old Slobodkina was skilled at creating
embroidery designs, and clients often sought her opinions on various styles and adornments. Slobodkina immigrated to
the United States on a student visa, attending the National Academy of Design from 1928-1933. During these early years
in New York City, Slobodkina used her dressmaking skills and unique vision to create a personal wardrobe that both
reflected her individuality and stood apart from the department store fashions of the day. In addition to constructing
dresses, jackets, hats, bags, and scarves, Slobodkina created a number of large wall-hangings made from swatches of
fabric and found objects.