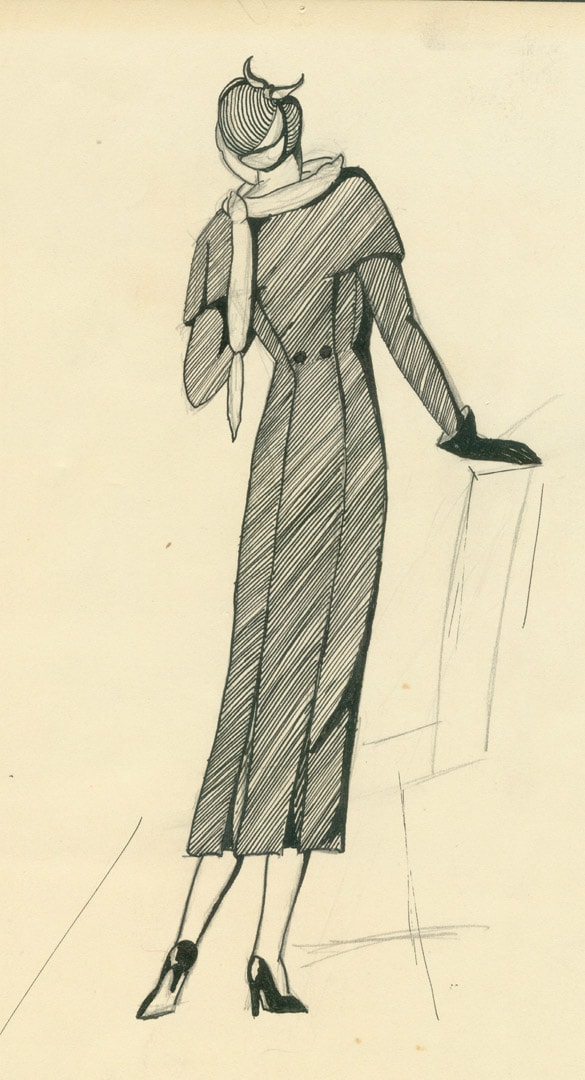 Signature / Artist Notation:
Notated on back by ES: layout sketches for mural study